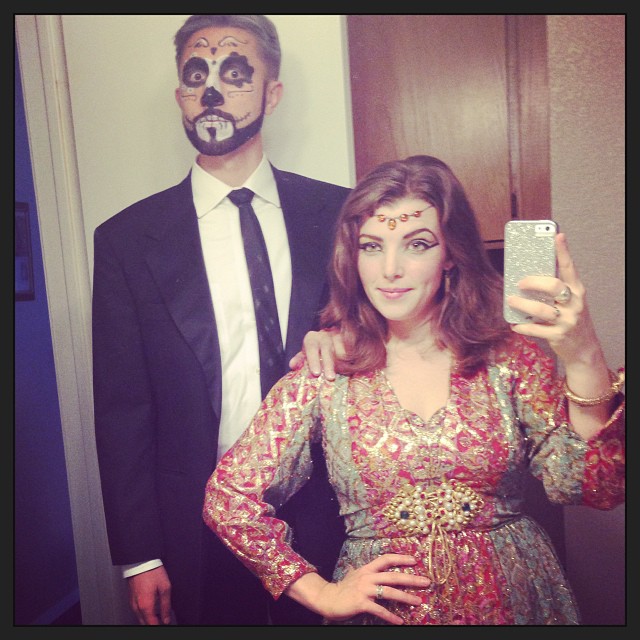 Halloween decorations are popping up all over our neighborhood. And hey, I love a good scare as much as anyone else. But as a financial planner, there are a few phrases that send a chill up my spine faster than any campfire story.

What are they? Come in a little closer to the fire, and I’ll share them with you…

1. “I can afford the payments.” Whenever I overhear this at a party, the person is usually trying to justify a big purchase. A car, new furniture, a Macbook Pro, solar panels. And I get it. That $4,000 mountain bike I dream about is a lot less scary if it’s “just $179 a month.” But when I hear “I can afford the payments,” I know it probably means, “I can’t actually afford to buy this, but I’m getting it anyway.”

The hope is that you’ll be able to make enough money in the future to make the payments on time. But no one imagines getting sick or losing a job. And it’s easy to forget that we’ve already committed to make payments on a bunch of other stuff. Then, three or four years down the road, you wonder why it feels like there’s no breathing room to save, give to charity, or pursue a dream.

2. “You’ve gotta spend money to make money.” A classic catchphrase of entrepreneurs (like me and Julia). And there’s a nugget of truth in this one. To build and grow a thriving business or investment, it usually does take some money… eventually. But that doesn’t mean you can endlessly throw money at an idea, believing it’s the only way to grow.

If someone tells me they have to spend money to make money, what it usually means is “I don’t really understand how much risk I’m taking on.” Fast forward a year or two, and sadly that money often is gone, the dream dead and forgotten, and the person has moved onto something else.

If you decide to put money toward a dream or endeavor, make sure that you’ll be okay if things don’t work out as you planned. That way, if you spend money and don’t make money, you’ll still pull through.

3. “How can I create some passive income?” Ugh! Passive income: Money that shows up in your account without you having to do anything. Sounds great. It’s also a myth. It takes decades of somebody’s blood, sweat, and sacrifice to build a “passive” money machine like real estate or an autonomous business. If someone did that work for you, you’re lucky, but it’s still not exactly passive. What this really means is, “I think there’s a shortcut to wealth and the good life and I need to find it.”

Gary Vaynerchuck has a great video about this. In his characteristically blunt way, he explains how  passive income was created by tons of work done by you or someone else to create something of ongoing value. There’s nothing passive about building something like that.

4. “My credit card is my emergency fund.” Oh boy. Real talk now: Julia and I lived this frightening reality for years early in our marriage. We rationalized, “If I have a $20k credit limit, and I can’t use it when times get tough, then what’s the point of having it?” But under the surface, we really were saying, “Expensive emergencies happen to other people, not us.” As we eventually learned, this is just a ticking time bomb. If you have an emergency, odds are good that paying off the credit card will suddenly become much harder. Think layoff, economic recession, or a long-term health problem. Using a credit card as a safety net is like wearing a lead life vest. With many interest rates above 20%, a financial speed-bump can quickly turn into a full-blown crisis.

It’s safer to say, “I’m working to build up a three-month emergency fund so that a personal emergency isn’t suddenly a money emergency.” A little delayed gratification can go a long way to boosting your financial health.

5. “My partner has a spending problem.” Again, guilty as charged for saying this one. You might think your husband or wife spends way too much. But you may also have a stingy partner that doesn’t recognize how they’re part of the problem. I was this guy, the OCD reactionary spouse who resented every little purchase Julia made while ignoring my own big splurges.

In our experience, money problems are the fault of both partners. It’s never 100% on a single party. This situation cries out for a real, jointly created budget with realistic goals and boundaries. Also there needs to be some fun money for both partners with no strings attached so you can both be impulsive without resentment. And honestly, it probably calls for a little bit of counseling. Banish this monster in the closet by admitting, “We both have frivolous, silly things we love to buy and we budget with those in mind.”

Nobody’s perfect with money…not even financial planners. We all fall prey to these mindsets from time to time and find ourselves slipping into habits that don’t work in our best interests.

Give yourself a treat this Halloween and start to remove some of these scary phrases from your life. What steps have you taken to move away from these or other financial pitfalls?