10 things we learned from our 5 week trip. 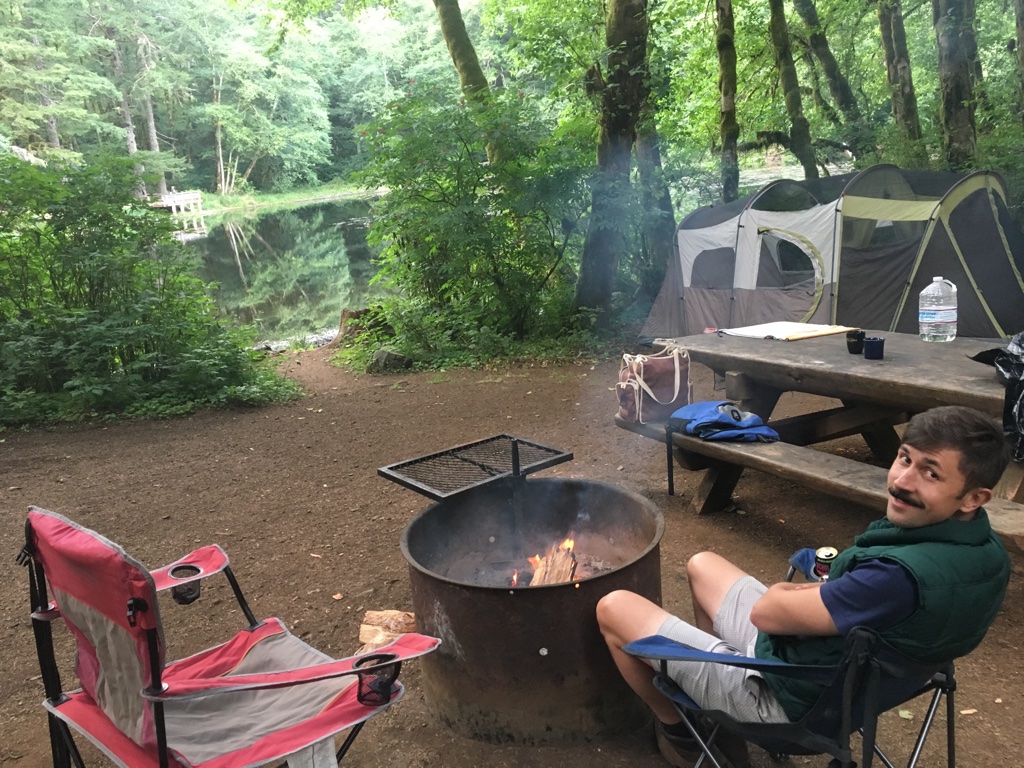 We are finally back after an incredible 5 week trip to the PNW. It’s a trip we’ve been planning and dreaming about for the last two years. We’re so excited that we finally made it happen. And we learned a lot along the way.

2. Stopping for people is a good thing. Like I mentioned above, we were stranded with Clem on a fairly busy highway.  But no one stopped for the first 45 minutes of the 2 hours we were out there. Thankfully we didn’t really need anything physical. We had water, we had umbrellas to shield us from the burning desert sun, we had snacks, we even had a tow truck on the way but it was demoralizing to feel like no one really cared. But every time I felt sad about that, I equally felt called out by my own history of inaction. Here’s a classic situation of when you know better, you do better. So next time you see someone, do your best to get over safely. They might not need your physical help, but it can be a huge morale boost just to know that a random stranger cares enough to check-in. Let’s not forget, we’re all on this spinning ball together here, lets act like it.

3. This country is enormous. No matter what you think, we truly have so much uninhabited space in the US. I’m not saying people should take over every inch of that space, but I was in awe of the true vastness of our landscape and how much physical space we have to grow into. It might just be me but judging by the political landscape we find ourselves in, there’s this deep feeling of scarcity. Am I saying that we have infinite resources? Of course not. But I think we have way more than we give ourselves credit for.

4. Babies are natural addicts. Apparently in the PNW there is an abundant blackberry crop. It’s actually an invasive species, which is too bad. But hey, you can stop on the side of the road and stuff yourself with blackberries all over the place. Clementine quickly learned what these bushes were and would ask for “moh!, moh! moh!” all the time. A cute, but slightly worrying, intensity of fixation. Woe to the parent who had to eventually pull her away.

5. Maps never tell you the full story. When we booked our Airbnb, we booked it about 3 miles out from a Portland WeWork office with the intention of biking to work. What the Google map doesn’t tell you is that it’s basically one 3 mile long, will-breaking hill. It was easy to get there, but so so hard to get back. It’s just a reminder that you can prepare as much as possible, but there’s always a curveball.

6. Whenever you’re on a trip with family, you’re gonna need alone time. Philip and I were both intentional about giving each other space to explore on our own and to not be tied down to the daily things every day. It was good for our mental health to have time apart and to do the things we really wanted to do without everyone in tow.

7. The Enneagram hype is legit. Yes, the enneagram is technically a personality test, but it’s more than that. A lot of work has gone into it over many decades. It’s a great roadmap and more complex in it’s findings than the Myers-Briggs. Turns out, Julia is a 7 and Philip is a 1 and we’re working on figuring out what that means and how we can use it to better understand ourselves and each other.

8. Always buy Tillamook ice cream. We went to the Tillamook Creamery, the temple of all things dairy (sorry diary-free people!). If you care about dairy products, you need to make the pilgrimage. While it seems like a big behemoth of a company, it’s actually owned by a co-op of about 90 farming families. While they had the best grilled cheese sandwich I’ve ever had, it was the ice cream that really blew me away. It’s better than Bluebell. I know, I know…Texas sacrilege. But don’t shoot the messenger. Go try it!

9. Moab is magical. Google told us to go through Moab on the way out to Portland. What Google didn’t tell us is that it’s like being on a completely different planet. Now, I’ve seen beautiful classic American southwest landscapes, but nothing has ever been as intense or dramatic as Moab. I hiked over red rock fins in Arches, Philip mountain biked a majestic canyon, stargazed on a full moon night, and even saw Saturn’s rings through a borrowed telescope. Remember, when times get tough or overwhelming, just get out there, look at the stars and get some perspective.

10. Always have backup form of payment. Not only did Moab take my heart, it also ended up taking my debit card. Ok ok, I left it there at a diner on accident. But no biggie, we’ve got Philip’s card right? Well, someone in a foreign country decided to use it to buy themselves a Netflix account…sooo there went that!  We don’t use credit cards so our only backup ended up being our business debit cards. Which is normally a total no-no for us, but we didn’t have a choice. We moved things around in YNAB, came up with a new budget, and properly tracked it, but it was a headache. So, ALWAYS have a backup, even if it’s just a $20 bill.

Other than the debit and desert debacles, it was truly an all-around incredible trip. We can’t wait to level it up next summer.

Tell me, what is the greatest lesson that traveling has ever taught you?